For all free-flowing, up to „difficult“ materials

The problem with emptying

The discharging of octabins and Big Bags through suction pipes is often difficult and not always practical. The conveying is interrupted too often and leads to production disruptions. The film bag is sucked in often or the material does not flow continuously, which is particularly problematic at the end of the discharging process. Often an operator has to guide the suction pipe by hand for a longer period of time in order to discharge a bulk bag.

The OKTOMAT® uses a vibrating suction head instead of the suction pipe and the automatic bag tightening mechanism pulls the foil inlet or Big Bag upwards. The suction head floats and vibrates in the material and breaks up lumps. The loosened material flows towards the middle and is continuously sucked.

For all bulk bags with foil inlet or loops

Bulk material in all variations

OKTOMAT® stations are ideally suited for the majority of applications. They handle the emptying of free-flowing to bridge-forming materials. For even more difficult tasks, the discharge station can be extended with options. 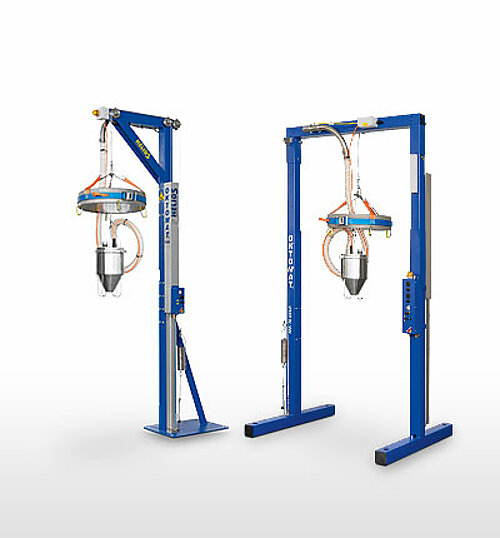 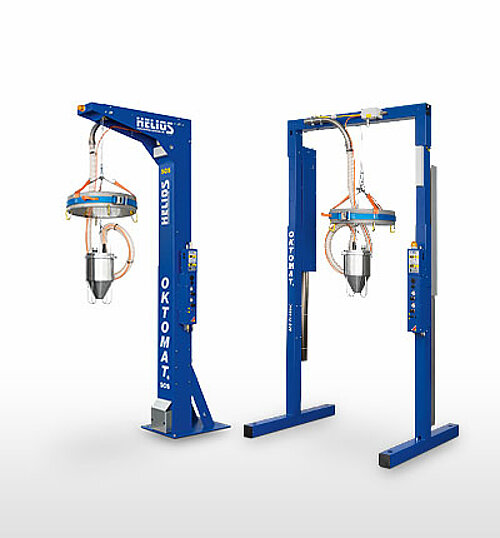 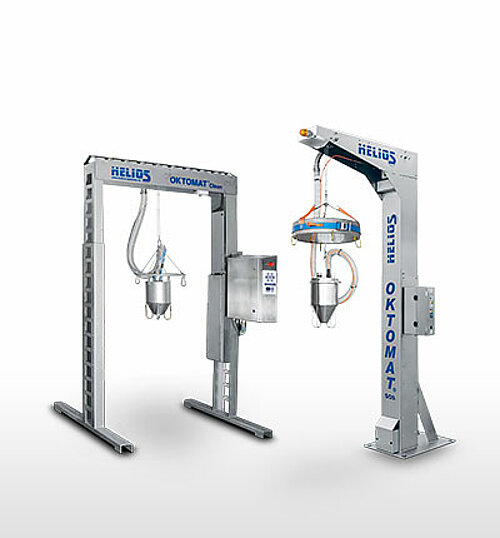 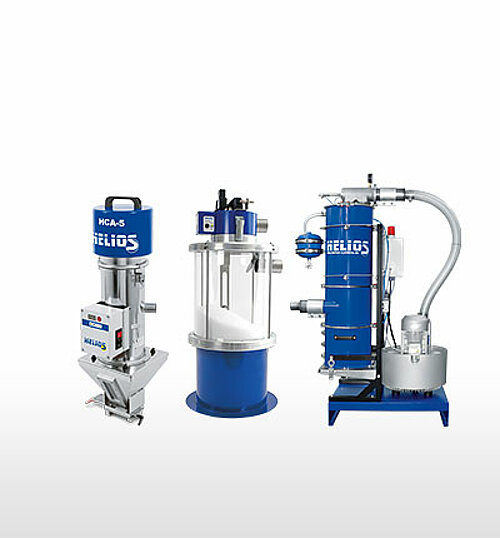 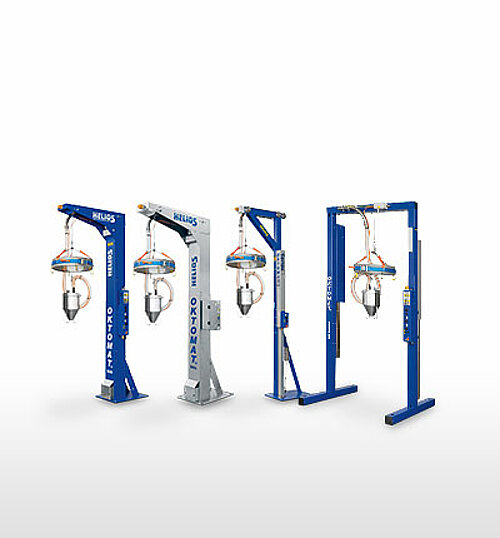 Find the optimal OKTOMAT® discharging station for your task.

History of a success story

HELIOS was granted an EP and a US patent for a suction device based on a patent application in 1995, in which a floating suction head is used for discharging bulk bags from above instead of the usual suction pipe. The foil bag is automatically pulled upwards via tension/clamping device in oder to achive a virtually complete discharging.

This fundamental idea, which was progressively developed by adding further process and device features, such as

which also were protected by patent, led to the system OKTOMAT®.

Depending on the task, various frame types have proven to be particularly advantageous in practice.
Since the first presentation at the FAKUMA in 1996, more than 5000 systems have been installed worldwide.

Just send us a quick message and we’ll gladly get back to you via phone or mail to answer any open questions.

We will gladly answer all open questions.

or use your own e-mail program: