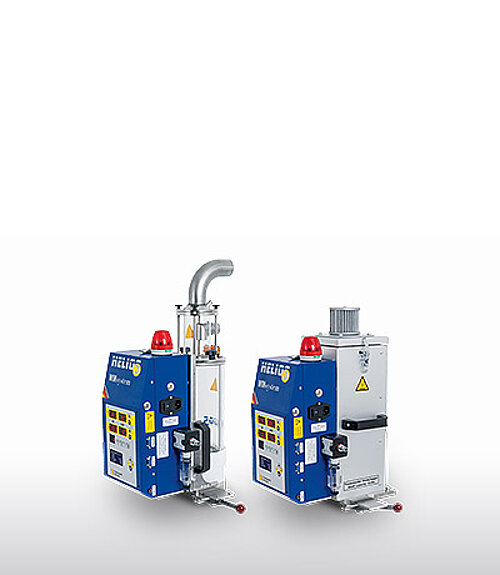 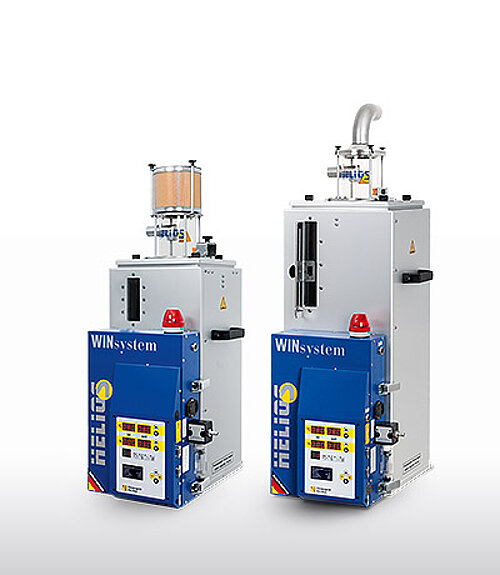 Granulate dryer with 20-70 litre dryer volume for direct mounting on the feeding zone. 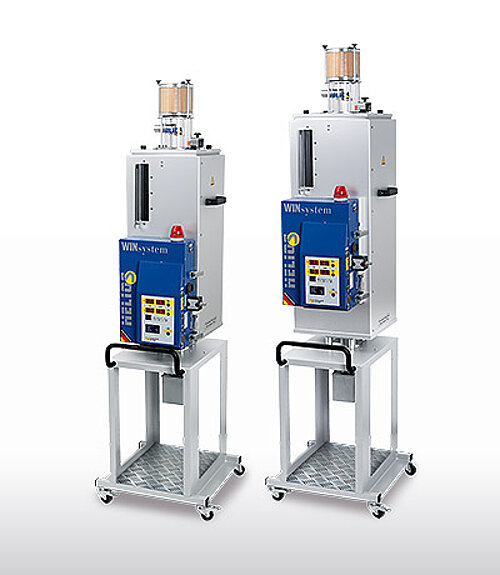 Mobile dryers with 30-200 litre are placed next to the processing machine and convey directly to the feed zone. 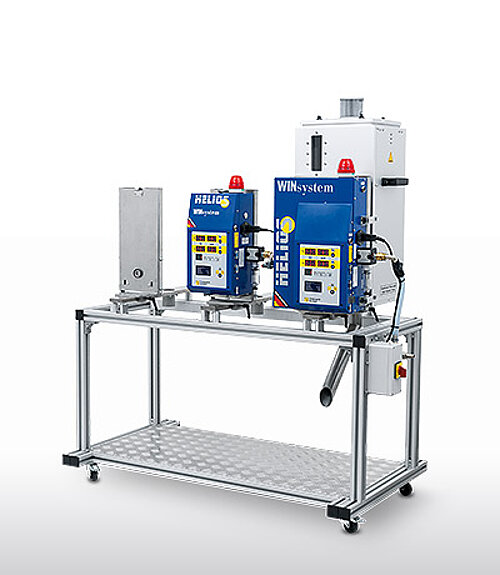 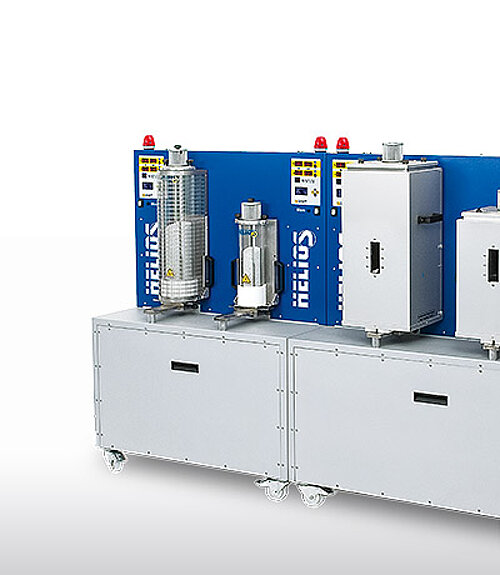 Each docking station is an independent granulate dryer with removable drying container. 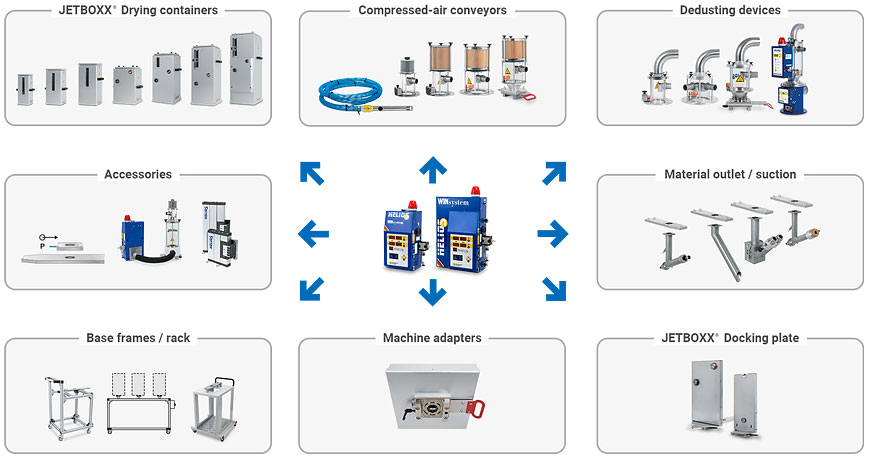 Ever since the company HELIOS was established by the engineer Klaus Wilhelm in the year 1982, we have been focusing mainly on material handling in the plastic industry. Even if the focus was on planning and supply of central pellet drying systems with throughputs of several tons per hour and central material supply systems in the early years, we noticed the lack of a drying system for small quantities in the injection molding prozess. Especially for small throughputs and/or in case of frequent material change, central drying and material supply systems are rather unsuitable, because the subjects overdrying, post humidification and contamination/mixing appear to be impossible to control. The cleaning effort may be enormous.

Therefore the first batch dryer worldwide , called HELIOMAT®, with removable drying containers ,was presented at the FAKUMA in the year 1990. That system has been produced ever since in a modified version.

Based on the removable HELIOMAT® drying containers the expansion of the system, including a removable dryer control for different container sizes and throughputs , was presented at the K-1998 — called JETBOXX®. That system is suitable for batch drying as well as for continuous drying. Thanks to the digital pneumatics used, just as much of compressed air as necessary for the fulfillment of the drying task is consumed. The invention JETBOXX® with digital pneumatics was patented 1999 in Europe and 2000 in USA and since then more than 10.000 were sold.

On the occasion of the K-2001 fair a JETBOXX® with a comfort and user benefit - once thought impossible - was presented. This JETBOXX® of the series –Economy– included already as standard a finely graded dry air flow rate control, a database for plastic specialized and throughput dependent dryer adjustments, a digital display for drying parameters temperature, air volume flow, dew point of the dry air as well as energy consumption for a current throughput and menu navigation for users in 10 languages. Furthermore a control for a compressed air conveyor with mixing function for 2 components and automatic filter cleaning.

This innovation of HELIOS can be described – not entirely without pride – as „mother of all current compressed air dryers“. Imitated manytimes, but never equalled!

2004 JETBOXX® –Economy– was replaced by series WINsystem® and the stainless steel drying containers were supplemented by 4 mini glass containers up to 5 litres with an absolutely new air distribution. Since 2007, all JETBOXX® dryers have been able to be equipped with a material feed with dust removal. 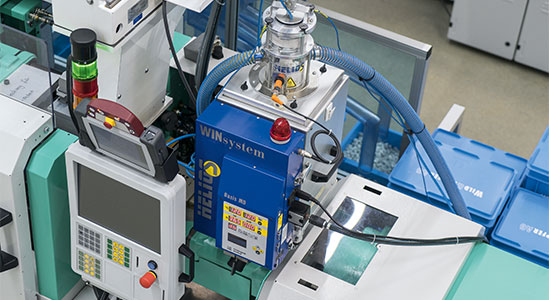 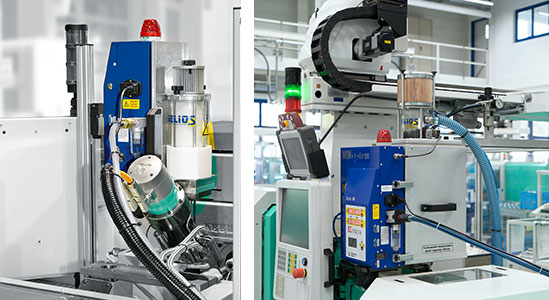 Just send us a quick message and we’ll gladly get back to you via phone or mail to answer any open questions.

We will gladly answer all open questions.

or use your own e-mail program: